I am a ceremonialist, spiritual counselor, author, and a practical, intuitive, choice-oriented astrologer and palmist with 30+ years’ experience. I practice in Ronan MT, and travel back to work in MN, NYC, and NM.

I’ve been on a lifelong interfaith spiritual search and have had an intuitive counseling practice since 1978. I’ve lived in many parts of the country and in wildly different cultures, from NYC to rural North Dakota, from New England to New Mexico, and now live in the beautiful Flathead Valley, on the Salish Kootenai Reservation, just north of Missoula, Mt. My sense of the enormity of soul and breath of possibilities have been stretched and fed by the wild bouquet of humankind I encountered on this journey, and I bring this breadth to my work. 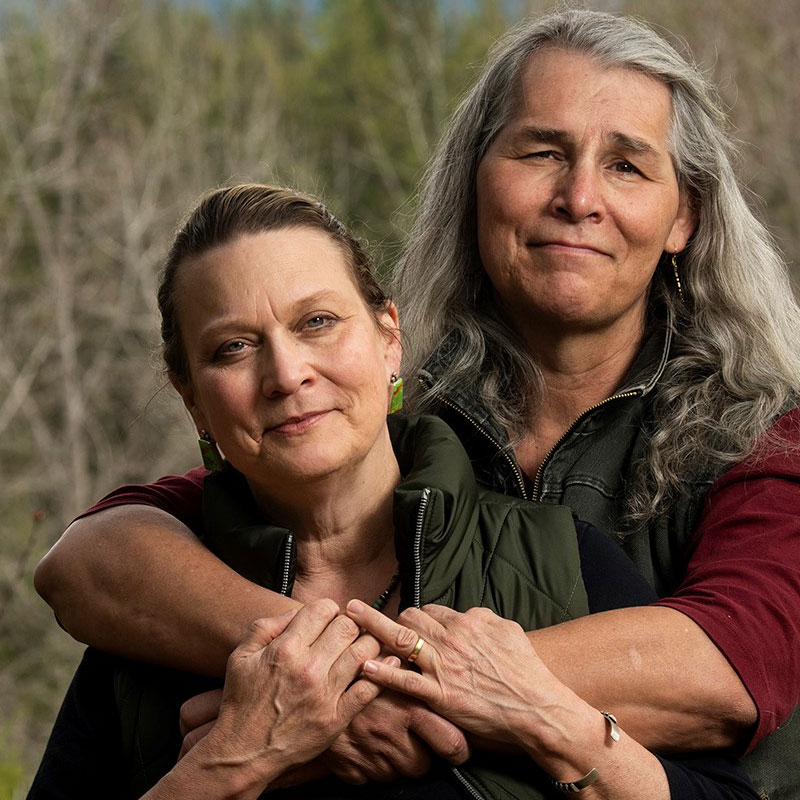 For The Curious, This is My Story.

My mother was an artistic psychiatric nurse, my father was an abstract mathematician; our family joke was that you put them in a blender and get an astrologer. I grew up wandering the halls of anthropology and art museums in Philadelphia, fascinated by the Sumerian and Egyptian sections; those images filled my childhood dreams.

The first numeral my father taught me was the one for infinity- tough on my childhood brain but auspicious for my path. I was rather haunted as a child as I noticed presences and feelings that those in my scientific surroundings didn’t recognize. During a few early health crisis I had clear out-of-body experiences which viscerally let me know we are more than our body. I collected myths and folktales, and produced my first zodiacal calendar at 11 years old.

In my first year of high school, the school’s switchboard operator was a niece of the famous early Hollywood astrologer Caroll Righter;with her astrological books open she was a better counselor than the school therapist. One day she stopped two teachers whose transits were particularly challenging (she had everyone’s chart on file) and asked them to be a bit careful this weekend. The elder drama teacher died of a heart attack on stage and the younger one fell downstairs and broke a limb. I asked her to tell me everything she knew.

I’ve been on a lifelong interfaith spiritual search and have had an intuitive counseling practice since 1978. I’ve lived in many parts of the country and in wildly different cultures, from NYC to rural North Dakota, from New England to New Mexico, and loved each place. I now live in the beautiful Flathead Valley, on the Salish Kootenai Reservation, just north of Missoula, Mt. My sense of the enormity of soul and breath of possibilities have been stretched and fed by the wild bouquet of humankind I encountered on this journey, and I bring this breadth to my work. For the curious

A few years later, in the Berkshires, I had an art history teacher, Sushil Mukherjee, who was a palmist, natural mystic, and great counselor. I asked him to teach me about palmistry, he gave me few details but got me oriented, told me to peer into each hand as if it was a window into the soul, and start collecting handprints. Since my adolescence I’ve researched my way through adventurous life, scanning the birth chart and hands of just about every one I’ve met. I’ve studied with many great astrologers and professional intuitives, employ these crafts in my work in human resources and the human potential fields and as I raised two children, one with special needs. As a staff astrologer with a family therapy group in RI I did some fascinating supervised work exploring the astrological patterns of family dynamic back through generations.

In the late 1980s a friend of mine took sick in Santa Fe, New Mexico; I came to visit, and found she had four months to live. I stayed to help her through her transition and fell in love with the wild terrain and the warm hearts of New Mexico. Hospice is a great way to get past tourist traps and get real with the people.

An astrologer has a respected profession in Santa Fe, and was considered a grounded and pragmatic one (which is not an oxymoron there/ The Santa Fe Professional Astrology forum was a great collection of astrologers to work with, learn from, and befriend (Marcia Stark, Edith Hathaway, Merrylin LeBlanc, Alan Oken, Ariel Gutmann, Kenneth Johnson, Martin Goldsmith, Azlan White, to name a few). Alan Oken, Ariel Gutmann and I presented monthly talks and seasonal symposiums. In 1993 Edith Hathaway and I started writing Starcodes, one of the country’s first columns for the general public not on Sun sign astrology but on the astrological weather of the day. Edith soon left to pursue Vedic astrology, and I still publish Starcodes in the Santa Fe New Mexican and on several websites every week. Writing Starcodes pushed me to know where the planets are at any given moment, predict how they will express in the week ahead, and then watch what actually unfolds– week after week– for decades. 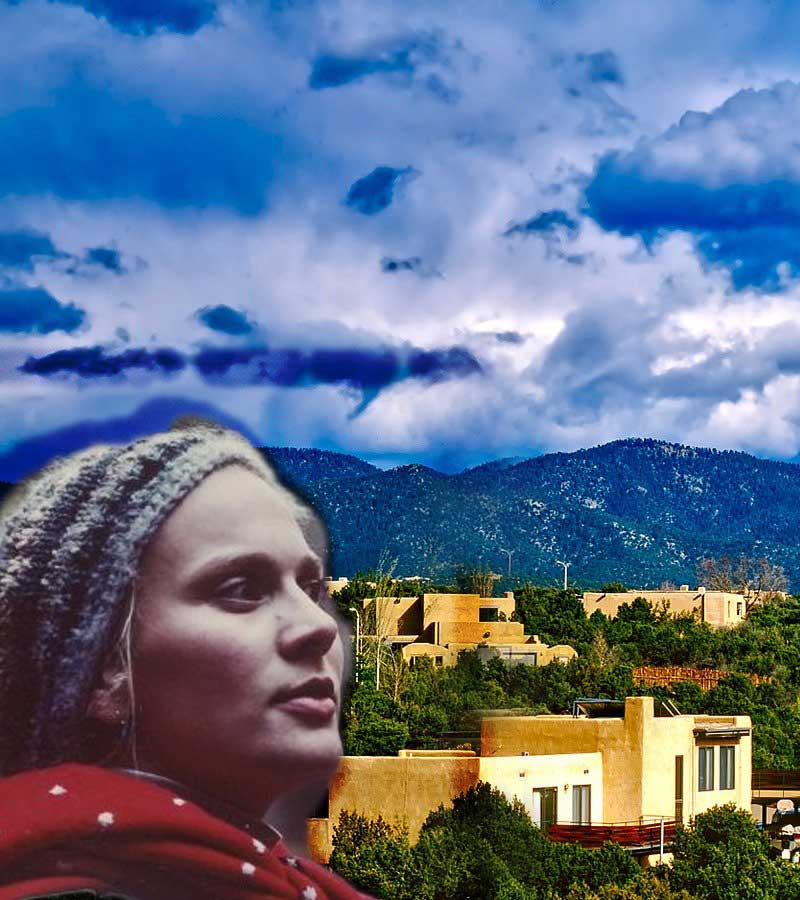 Santa Fe abounds in holistic, mind-body work; what is cutting edge and New Age elsewhere was normal there, if not always so grounded. I studied hypnotherapy, applied kinesiology and met with a shamanic journey-work study group. New Mexico has a vibrant native community, tribes that were never moved off their home territory, have an intact tradition and pulsing traditional and contemporary native art scene. I attended dances on the Pueblos and listened with my mind, heart, and spirit. With Kate Greenway I co-directed WomanWise women’s spiritual community, leading women in a year-long transformative journey and doing solstice and equinox rituals for the public. The NM landscape remains a heart home for me.

Around 2000 I began to have repeated dreams of a voice saying “I’m sending you back to the front lines” I remarried in 2001 and the next week my mate was offered a job near NYC. We landed there two weeks before 9-11-01 which was one hell of a wake-up call. NY was a humbling, expanding, and toughening journey that reaffirmed my faith in the human spirit. I volunteered to counsel an EMT working those first few months down at Ground Zero: she needed to download daily and it was a relief to find some way to help.

Post 9-11 NYC carried so much ambient pain and searching angst that I wanted more tools, I wanted to walk with my clients through their crossroads in rough waters and celebrate their turning points, not just map them, so I went back into an interfaith seminary to expand my spiritual counseling tools and ceremonial skills. The New Seminary was founded in 1975 by Kabbalist Rabbi Gelberman, Course of Miracle specialist Rev. John Mundy, wise priest father Giles Spoonour, and Swami Satchidananda. I felt so at home I stayed on to teach there while I grew my NYC practice.

NYC also has a vibrant astrological community and I jumped right in. Together with NY astrologers Mark Wolz and Anne Ortlee and I formed Access Astrology, a group dedicated to making quality astrological information available to the public; we did a weekly astro-talk at the East-West Center, and still podcast together every Monday night.

After six years in NYC we longed to get back to the wide-open spaces of the West. Dreams took us to Turtle Mountain ND, a stone’s throw from the Canadian border, where my mate helped start a science-teacher training program for tribally-owned Turtle Mountain College (Aanishinaabe). I tutored writing skills for future teachers. We walked with an herbalist, worked behind the scenes at a powwow, attended sweats, sat at the spirit fire for friends who died. We had so much to learn.

Warmth had a whole new meaning out there on the prairies at -20°. Our house was sealed tight. Solid workmanship is admired in the small Dakota towns as much as an honest handshake and a person who does what they say they’ll do, and with no fuss. Neighborliness; in a blizzard, at -26, our neighbors plowed our drive without saying a word, which brought tears to this former New Yorker’s eyes.

The ecosystem there is shuffling back from overuse, over hunt, and overly tidy farms; now the Aspen thicken and beaver and Fox drift back to Turtle Mountain even though western North Dakota is being ravaged by oil drillers. I had a chance to sidle up near a bald eagle chewing on marmot not far from the tribal heard of bison.One sunny day by Fish Lake we watched whooping cranes swoop and swirl in a spiral of light, looking like a Japanese print and singing a resonant haunting song. All of nature stopped and listened, and I got a hint as to why Crane was the totem of the Aanishinaabe leadership clan.

In 2007 moved to the Twin Cities so my mate, Dr. Wren Walker Robbins, a two spirit of Mohawk dissent, could continue her work training science teachers in a multicultural approach to science education. We dove back into city life, and worked together in our search for the intersection between cultures and spiritual paths, science, intuition, and art. The Twin Cities have both the largest Urban Native community and the nickname Paganistan for its collection of alternative and earth-based spiritual groups; a place with a wonderful, questioning, gender-fluid accepting, creative, yet mid-western wholesome, spirit. The astrology scene percolates here; I presided over MN Stars, the Minnesota chapter of the national astrological organization NCGR for 4 years and wrote my first 4 books.

In the summer of 2016 we gathered our clan for a week in Montana, the mountains sang to us and our hearts never returned. Wren took a job directing the science teacher training program at Salish Kootenai tribal College in Pablo Montana in Nov 2016, and I joined the next summer after I finished up in Minnesota. A bear wandered through our field a few weeks after I got here, wild turkey and deer wander by every dawn and dusk. Coyote howl when the moon is up and soaring mountains form the backdrop.

I stay connected to all these homes, these places that fed my soul; they all inform all the work I do. The internet keeps me connected to my far-flung friends and clients. What can I do for you? 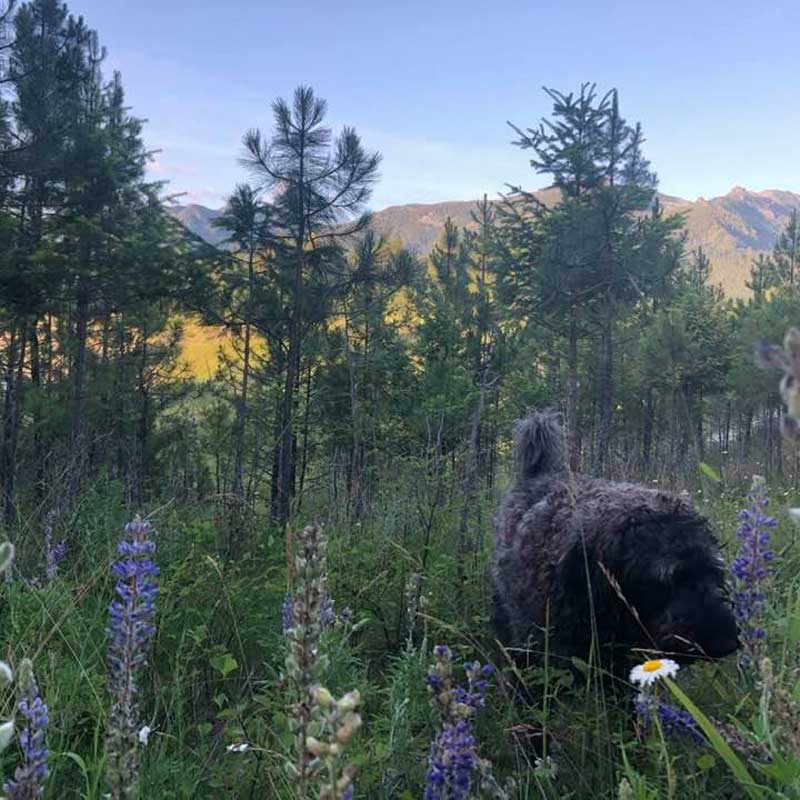